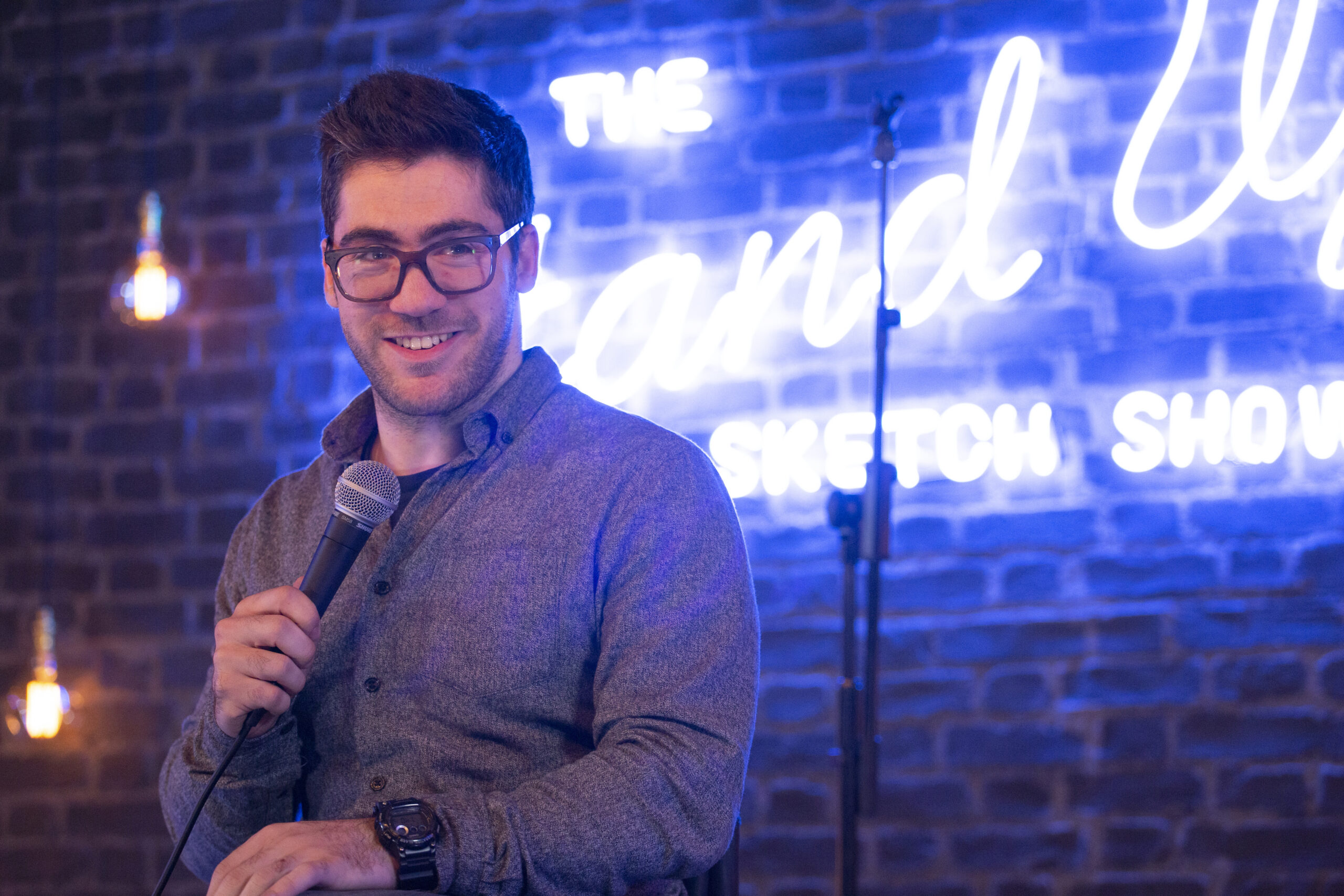 We are delighted to announce that our after-dinner speaker at the BABICM Annual Conference 2022 is stand-up comedian Aaron Simmonds.

Aaron Simmonds has been failing to stand up for 32 years; luckily he is far better at comedy than standing up. He has a unique perspective on life, usually of people’s belly buttons, which gives him stories to tell, and a sore neck.

**Places that are wheelchair accessible

Aaron’s comedy demonstrates expert storytelling, whilst packing jokes and opportunities for mirth into every moment. He was a finalist at the BBC New Comedian of the Year and won Jewish comedian of the year 2017 (Both of which were fully wheelchair accessible).

His debut show at the 2019 Edinburgh Festival was nominated for Best Comedy Show by Broadway World UK and was a finalist for The Amused Moose Best Show.

The Stand Up Sketch Show (ITV2)

Join us at the Annual Conference 2022 dinner to listen to his after-dinner show on the 15th June 2022.