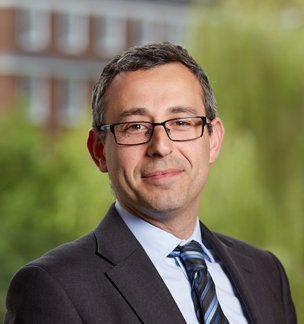 Alex Rook, a Partner in the Public Law team at Irwin Mitchell LLP, lead a hugely popular talk on ‘Changes In Deprivation of Liberties and the Mental Capacity Act’ at the BABICM Annual Conference 2019: ‘Crisis, What Crisis?

Alex referenced an important case regarding welfare deputyship that is an essential read for brain injury and complex case managers and other professionals which we are able to share with you, below.

Our greatest thanks to Alex for his continued support in keeping the BABICM community up to speed with the latest changes to DoLs and the MCA.

The Judgment in this important case has now been published, and Alex Rook has summarised the key conclusions below.

The question before the Judge was simply: What is the correct approach to determining whether a welfare deputy should be appointed?

On behalf of the 3 Applicant families, it was submitted that the court should look to the ‘unvarnished’ words of the Mental Capacity Act (MCA) and in particular to consider whether the appointment was in the incapacitated adult’s best interests. It was argued that the Code of Practice as currently drafted should not be relied upon when it states that such appointments should only be made ‘in the most difficult cases.’

After analysing the MCA, the Code and the most relevant case law in great detail, the Mr Justice Hayden, the Vice-President of the Court of Protection, has reached the following conclusions:

“The structure of the Act and, in particular, the factors which fall to be considered pursuant to Section 4 may well mean that the most likely conclusion in the majority of cases will be that it is not in the best interest of P for the Court to appoint a [welfare deputy];”

As a result, whilst the Applicants have succeeded in convincing the court that the correct approach to determining whether a welfare deputy should be appointed requires one to simply look at the wording MCA, and that the Code will therefore need to be amended, the Judge is still of the opinion that even applying this test, a welfare deputy will not be appointed in the majority of cases.

It may be that the Judge’s reasoning behind this is due to an expectation that, as Mr Justice Baker stated in G v E [2010] 2512,

“The Act and Code are therefore constructed on the basis that the vast majority of decisions concerning incapacitated adults are taken informally and collaboratively by individuals or groups of people consulting and working together…. Experience has shown that working together is the best policy to ensure that incapacitated adults such as E receive the highest quality of care.”

The difficulty that the Applicants have with this argument is that whilst this sounds sensible in practice,

In reality there remains poor compliance with the MCA from many local and health authorities, and families continue to find themselves either excluded or not properly consulted about best interests decisions regarding their loved ones. This was one of the key conclusions reached by the House of Lords Select Committee when analysing implementation of the MCA in 2014, and the Applicants consider that this criticism remains just as valid 5 years later.

It will be interesting therefore to see whether, now that there is certainty on the law, Mr Justice Hayden’s prediction that deputyship applications will remain rare proves correct, or whether individual applicants will be able to demonstrate that on the facts of their case, it is indeed in their loved one’s best interests for a welfare deputy to be appointed.

The three families in this case will now proceed with their applications, making it clear to the court why they consider it to be in their family member’s best interests that they are appointed as a welfare deputy. They can make their applications knowing that they do not need to convince the court that theirs is ‘one of the most difficult cases’, and to that extent, the case has been a success.